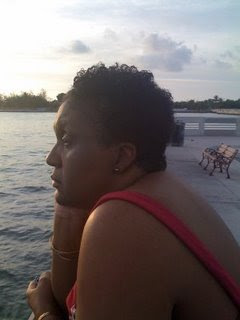 I write life as I know it,
I am perplexed, or at least I was when someone seemed amazed at the happenings of some of my characters…
The fact that Malcolm Black and William Brown,
‘Allowed’ Cinnamon the woman they loved,
So much leverage,
Or the fact that Alexandra Wilson was a lesbian woman,
Who stayed married to a man for thirty years…
Before she ever stepped out and became who she really was,
Or that there are women who are so hung up on things like skin color,
And hair texture that they sabotage the relationships in their lives,
Or uh oh,
That people are Christians and have so many struggles with being ‘good’…
Or that there are people who do all kinds of things to make their lives work,
The reason I am so puzzled is that even though I grew up in an environment of protectiveness,
My mom, grandmother, some of my aunts and my grandmother,
Were very protective of me,
Those protections didn’t stop me from seeing life or people as they were,
There was a man we all called, ‘Mother’,
He was a gay man,
No big deal to me, he worked hard and was a vital part of our community,
There was a woman I will call JB,
Who at first glance looked like a man,
And lived with a woman,
And was one of the hardest working loggers in the city,
Who I knew well,
She was part and parcel of my community,
And to this day,
I see her,
She was a large presence at my mother’s funeral,
And as I got older,
No one had to tell me that there were people who stepped outside of their,
Marriages and still remained married,
I had eyes and I could see,
Nothing about these people was strange,
Or titillating,
Or sexy,
Shoot, they were just the people I grew up around,
This morning I got a message from my sister telling me a friend had died,
He was a gay man who was probably ten years older than me,
But what I remember him for more than anything was how smart he was,
How he was always pursuing a degree in something,
I remember the last time I saw him,
I was selling my books at the African American Arts festival,
And he bought my book, saying he was proud of me,
And saying how good I looked and remembering my mother,
I hugged him fervently and we joked a bit,
Such has been my life,
So when I sit down to write,
That is what I recall,
As I craft characters,
All of those vibrant,
Different,
Flawed,
Loving people, that I was blessed to know,
And that thanks be to God,
People are now interested in reading about,
In a fictionalized form….

Angelia
http://www.angeliavmenchan.com/
Posted by Angelia Vernon Menchan at 4:26 AM 2 comments: