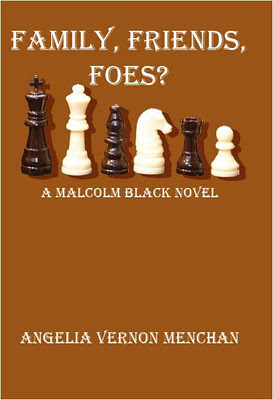 Malcolm and Cinnamon Black have weathered the storms of early marriage and a mayoral campaign that pulled every skeleton from the closet and threw it naked into the fray for all the world to see. Cinnamon was painted as a scarlet woman and it nearly broke Malcolm’s resolve to run for mayor. But they survived all that and Malcolm is now the first Black Mayor of Center City, Florida. Will he and his beloved first lady, Cinnamon be able to make a difference or will they be stopped at every turn by the maneuvers and dramas of FAMILY, FRIENDS and FOES? Read and you will find out, Angelia Vernon Menchan brings it once again. COMING JANUARY 19TH 2012 PLEASE AND THANKS! angelia!
Posted by Angelia Vernon Menchan at 3:48 PM No comments: